Lee & Her Muse Make the Most of Each Day

In 1762, Ann Franklin became editor of the Newport, Rhode Island Mercury newspaper, the first woman in the United States to edit a
newspaper.

She inherited the business from her husband, James Franklin, brother of Benjamin Franklin!

"Perhaps all the dragons in our lives are princesses who are only waiting to see us act, just once, with beauty and courage.  Perhaps everything that frightens us is, in its deepest essence, something helpless that wants our love"

Posted by Lee Ambrose at 2:29 PM No comments:

Today is the birthday of the U.S. Speed Limit !  In 1652, New Amsterdam (now known as New York City) passed the first speed limit law in the colonies.

The law stated that ”no wagons, carts or sleighs shall be run, rode or driven at a gallop.”   If caught doing so, the drivers would “risk incurring a fine starting at two pounds Flemish” Two pounds Flemish equals about $150 at today’s prices. 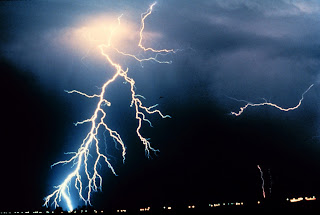 With an estimated 25 million cloud-to-ground lightening strikes each year here in the U.S. it seems prudent to share some facts from NOAA as it kicks off its 12th annual Lightening Safety Awareness Week. 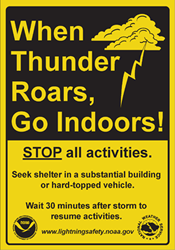 Each year, approximately 54 people die from lightening strikes in the U.S.  NOAA shares these demographics from data collected over the past few years:
If you can hear thunder, you're in danger of becoming a victim of a lightening strike.  Lightening strikes can occur as much as 10 miles away from the rain area of a thunderstorm.  So, if you've always believed that you're safe as long as you are not out in the rain while it's lightening, you are wrong -- you could be DEAD WRONG!

Here are a couple of other facts you might want to consider:
So, while the summer weather is inviting, don't fall prey to a potentially lethal encounter with lightening... BE SAFE !!
Posted by Lee Ambrose at 9:32 PM No comments: 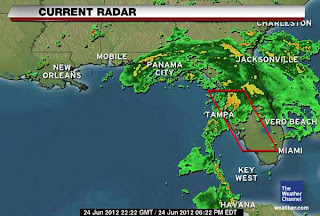 While friends and family along the Florida Gulf Coast wait to see where Tropical Storm Debby is headed, other friends in Colorado wait and watch as wildfires destroy the areas they know as home.  My heart goes out to those in the path of fires as well as those who are going through the all-too-familiar hurricane preparation drill.

Having lived in Soutwest Florida for more than 30 years, I am no stranger to the anticipation of fires and tropical storms.  I am also no stranger to the worry-factor that comes with living in those areas as well as that which comes from knowing others are dealing with the very thing I've left behind.  It was, in part being weather-weary that caused me to seriously consider getting out of Florida's hurricane alley. 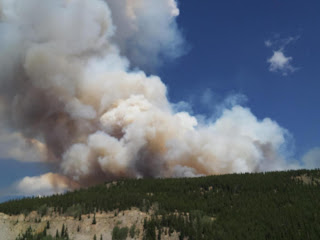 Tonight I am keeping a weather eye out... and praying [and worrying] for my friends and family in Florida and my friends in the Colorado Springs area of Colorado.  Most days I am "liking" facebook posts made by those who live in these two areas.  Mother Nature gives them a wide sweeping pallet for their photo-art.  But today, I can't like the photos I'm seeing... I can only send my prayers and keep a mindful weather-eye pealed for any needs that might arise.

Stay safe my friends and family members!  And please do join me in keeping a weather eye -- so that you can remain safe in the path of Mother Nature's fickle ways.
Posted by Lee Ambrose at 6:49 PM No comments:

Okay... I know....
It's been months and months since I last posted here on my blog.
Blame it on the stuff of life.  Blame it on working too much.  Blame it on not sleeping enough.  Blame it on anything you like.  Bottom line, I have been gone from here for far too long.  And it's time to correct that situation.

Therefore, effective today, Lee and Her Muse are officially back in business!  Blog posts will become a regular event once again.  I've missed sharing with my friends and family.  I've missed writing and researching.  I've missed the simple FUN of working a blog on a daily or almost daily basis!

I'll just bet that you thought I was going to post something about this being Friday the 13th, didn't you?

Well.... I've got something far more interesting than that to share today! 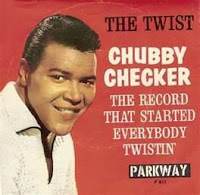 On this day in 1962, Chubby Checker's "The Twist" became a number 1 hit for the second time in two years!  Therefore, today is "Let's Twist Again Day!"  Checker's hit first topped the charts in September 1960.

Can you name the other hit that managed to log two times on the number 1 hit list? 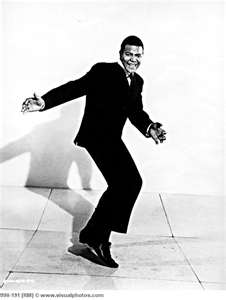 Did you dance "The Twist" back in the 60's?  Can you still?  Click here to see it done the way it was meant to be done - by none other than Chubby Checker himself!

Lee Ambrose
Dedicated to the many facets of the life that is mine, " When the Muse Whispers..." posts are sure to be widely varied. Just as each day is a new day, each blog post will be fresh and new. Journey with me through musings and images.